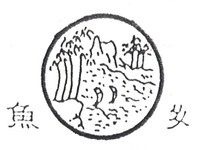 Fermented bean curd is a unique traditional Chinese food that has been popular for over a thousand years in China.

From soya beans transforming into a piece of soft and delicious fermented bean curd requires a series of processes that includes refining, filtering, shaping, fermentation, curing and packaging. A piece of delicious bean curd is not only a condiment, but also a cultural heritage from generation to generation.

In the 80s, most condiments including fermented bean curd were packed and sold in bulk in small villages. In our village, before sunset, children would stand in line, tiptoeing, in front of a small grocery shop, waiting to buy some condiments for their parents’ cooking or serving. Every time, when the shopkeeper took some fermented bean curds from a jar with long chopsticks, the children would follow its aroma, leaned forward, lifted their eyebrows and licked their lips.

In the beginning of 90s, retail packed condiments had become popular, and people started to travel to towns for making larger purchases occasionally. Instead of seeing children queuing up in front of village grocery shops, we started to see parents riding bicycles with plastic bags hanging in front that

containing sauces, rice wine and fermented bean curds. The big smile on their faces gave away their thoughts, which must be having some delicious braised pork with a few sips of rice wine.

Nowadays, purchase channels are almost monopolised by large supermarkets and online shopping, which are very different to the 80s and 90s. Large supermarkets and online shopping provide businesses with a large platform for product advertisements and selling, which can effectively enlarge customer base and improve product and brand's popularity. The new purchasing methods also provide a huge platform for consumers getting to know more brands and products, and consequently increasing our buying wisdom.

Tastes of modern fermented bean curd are diverse, but they don't go far from its original core. Fermented bean curs are usually divided into three categories: green, red and white bean curd. Amongst various condiments and processed foods, fermented bean curd still stand out, which is not only because of their delicious taste and high nutritional values, but also because it is an inherited culture, whether they are used for frying or stewing, or directly eating with porridge or rice.

Yuxiang is a private owned company, firstly found in 1980, formerly known as "Wuchuan Yuxiang Fermented Bean Curd Factory". We are located in Zhanjiang Wuchuan, Guangdong Province, China. Wuchuan is a southern town that has a nickname''land of fish and rice'', hence why the company was named "YuXiang", which means ''land of fish and rice'' in Chinese language.

When Yuxiang fermented Bean Curd Factory was established, there were only five people that including Mr. Zhong, the founder and Chairman, a technician, and three factory workers. Mr. Zhong was responsible for decision-making, sales and fiance. In the early years, the factory only produced hand-made red and white fermented bean curds, mainly sold to northern China, such as Beijing, Shandong and northeast provinces.

From the early 90s, Yuxiang's products have also became very popular in southern China, including Guangdong , Guangxi and Hainan Province. In the central region of China, our sales volume was relatively low in comparison with other regions, due to people there tend to have very spicy taste.

Our light and dark soy sauce still are hand-made, in order to keep its best taste and nutritional values.  Due to the longer time-consuming and lower production output, production cost is relatively high and we currently only produce white label products.

The ten years in 90s was the first prime time for Yuxiang Fermented Bean Curd Factory's development. With the continuous maturity and

and improvement of our products, brands and factory facilities, Yuxiang successfully transformed into a limited company in 1998, named "Wuchuan Yuxiang Sauce Ltd". At that time, the factory adopted a semi-automatic fermented bean curd production line, and hand-made production of light and dark soy sauce, as well as a full automatic food grade vinegar process line. After the transformation, the number of employees gradually increased to above 200. And later on, the company has adopted a full-automatic production line for fermented bean curds, which has pushed our production output rate to a much higher level.

system is flexible and simple, the production management is rigorous and dedicated. In our factory, we always strike for "five zeros": zero waste, zero fault, zero defect, zero stagnation and zero accident. Adopting LEAN management concept can improve our product and service quality, improve time and resource-saving, effectively reduce our production cost, ensure safety in working environment, encourage the enthusiasm of employees, consolidate our company culture, so as to improve our production output volumes.

Our main sales channels are through direct sales depots, distributors and wholesalers. At present, they are focusing on offline sales. In the year 2020 and 2021, our company will expand our sales channels to including exclusive distributors and to increase our investment in online selling. In terms of marketing, we will also increase investment in website enhancement and increase online and offline advertising and promotion. The goal is to continuously increase our brand awareness, enhance our competitiveness, as well as to improve our sales volumes.

Quality is the key. Providing consumers with reliable and health product is the most fundamental requirement to everyone at Yuxiang. In order to do so, we strictly monitor our product quality through the entire production line, from selecting raw material to the very last step.  In addition, a third-party quality check can be applied when required.

Wuchuan, a city under the jurisdiction of Zhanjiang City, is located in south China, bordering Guangxi and facing Hainan Province across the sea. Wuchuan is also known as "land of fish and rice" due to its long coastline. It has convenient transportation infrastructure, with highways and high-speed railways directly leading to major cities. Zhanjiang port and Zhanjiang Airport is only about 40 kilo-meters away. Yuexi International Airport that is under construction locates in Wuchuan City, which will be one of the largest airports in Guangdong Province. Its other infrastructure is also rapidly developing. In the next few years, Wuchuan will become a very attractive city for work, living and investment. The developments of our city will benefit Yuxiang's future progress in many aspects.

Looking back in the past 40 years, Yuxiang has came a long way to today's success: 1978 -- A village's production team project of building a fermented bean curd factory was initiated, but due to lack of fund, project was terminated. Mr. Zhong, the founder and current Chairman of Yuxiang Sauce Ltd, was a member of the production team. Unwilling to let all the efforts go wasted, he applied to take over the project personally. The application was approved, but Mr. Zhong also faced no fund and lack of technical support. However, he didn't retreat. He borrowed 300 yuan from relatives and friends and had the project carried on.

1980--Yuxiang Fermented Bean Curd Factory was officially established. In the same year, the village's production team was disbanded. Four members from the initial project team in 1978 were employed and became the key members of Yuxiang. 1986-- After six years of exploration and hard work, Yuxiang established its first sales depot; also started soybean wholesale.